It's finally over! After 536 days of bitter negotiations... Kim Kardashian and Kris Humphries settle divorce

Kris Humphries has decided to settle with Kim Kardashian in their divorce case after battling for a year and a half - and over five times as long as the marriage itself lasted.
According to sources, Kris backed down after no evidence of fraud perpetrated by Kim emerged.
He was then forced to consider mounting legal costs and the prospect of losing any pay-out from his estranged wife - a pre-nup would be invoked if the trial got to court. 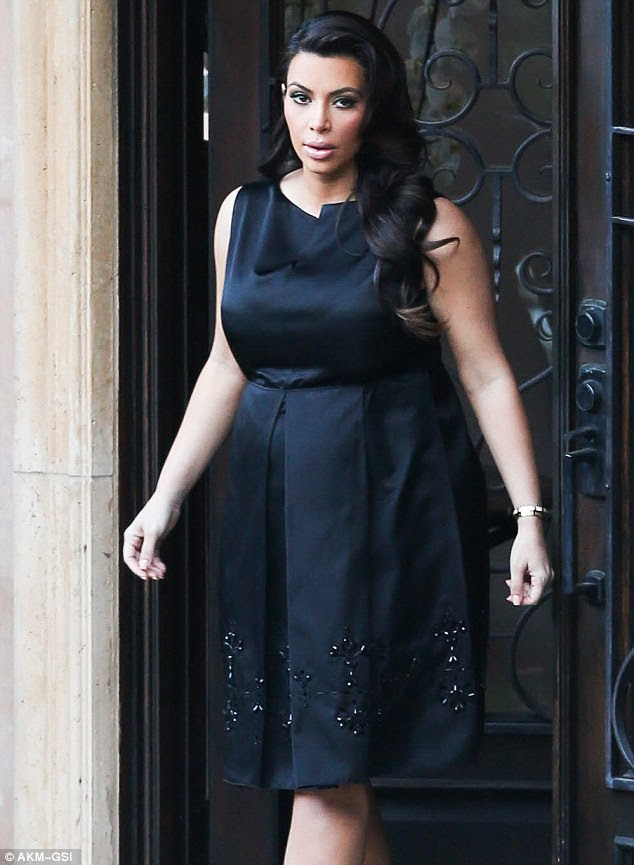 Dressed for the occasion: Pregnant Kim Kardashian emerged from court after her marriage to Kris Humphries was finally dissolved on Friday
This means that Kris has most likely agreed to a divorce - as Kim wished - and dropped his pleas for an annulment based on fraud, and sources are saying the judge has signed off divorce papers and dissolved the marriage.
Kris, who was ordered by the judge to attend Friday's hearing so he could face fines for last no show, is planning to skip the appointment according to TMZ.
They add that Kim will be present to see the whole story saga put to bed but NBA star Kris will be training.
It's been a dirty fight, with each camp going back and forth with tales of betrayal and deceit.
Swellagant: Kim looked lovely in a black shirt dress with pleated skirt as she arrived for her date with destiny 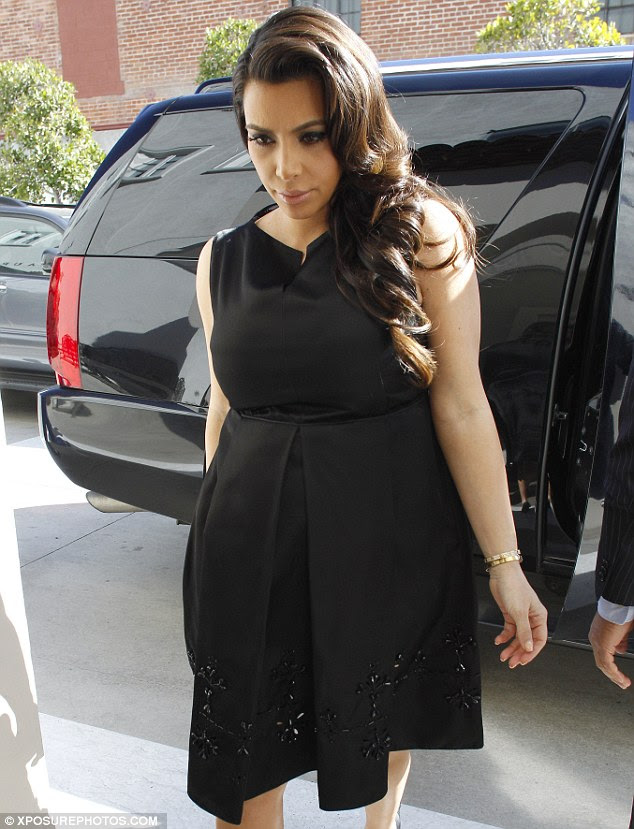 Sombre: Kim was classy enough to wear black and not look too pleased about the whole debacle 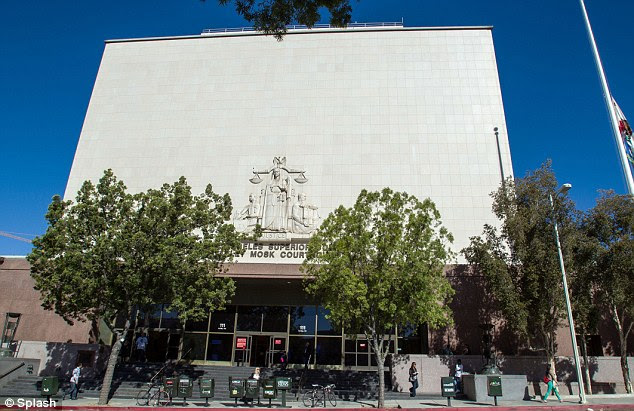 Where the magic happened: Kim learned at Los Angeles Superior Court on Friday that she's officially free of Humphries
A source even claimed that Kris was the one who persuaded his estranged wife to take the honeymoon trip to the Amalfi Coast in Italy.
‘Kris was the one to push for the honeymoon. Kim didn’t want to go on the honeymoon because they were scheduled to move to New York City to begin filming Kourtney & Kim Take New York,’ a source told Radar Online.
‘Kim finally relented. Kris was absolutely dumbfounded when a photographer appeared out of nowhere and started taking pics of them by the pool,’ the source said. ‘Kim happily posed, and Kris realised her camp had arranged it.’ 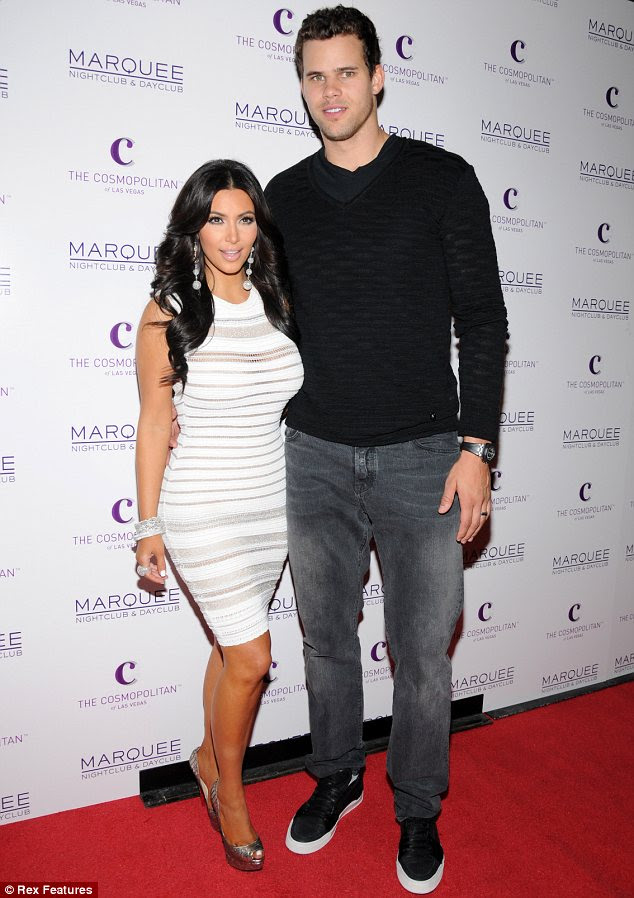 It's over! Kim is finally free of Kris after 536 days of dispute over their marriage Over before it began: Kim and Kris called time on their marriage after 72 days but the divorce has taken much, much longer to sort
Oh Kim! Wearing a sexy camisole over jeans is probably one of Kim's worst maternity moments 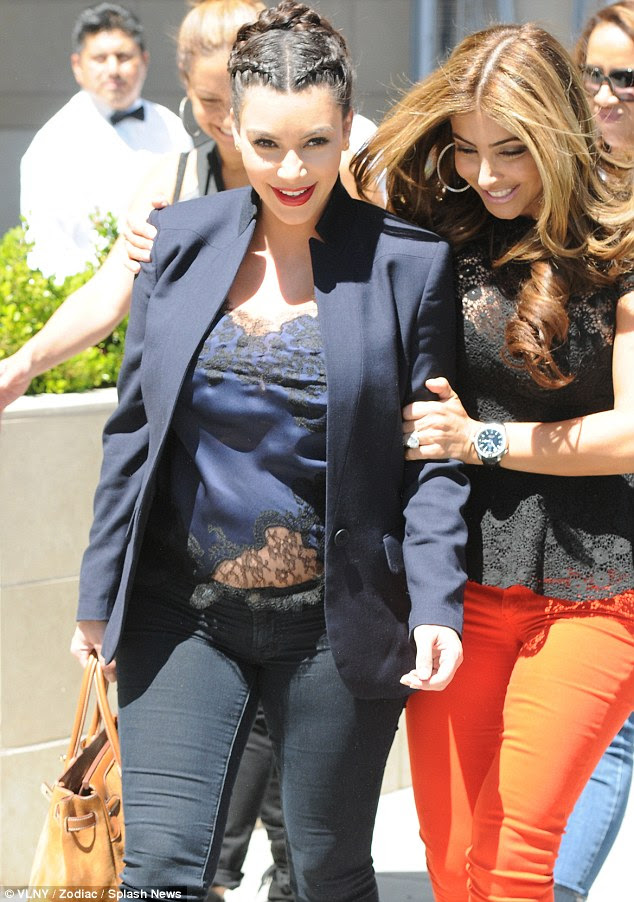 Another dubious ensemble: Kim stepped out for lunch at LA Scala in Beverly Hills on Thursday
At her divorce deposition Kim confessed that she was against going on the holiday, which Kris is allegedly using as part of his case against the 32-year-old reality star, claiming their marriage was fraud.
On Wednesday Kim, who is pregnant with her first child, was seen looking somber as she arrived at a Los Angeles studio alone.
Her boyfriend Kanye West meanwhile has been based in Paris since Fashion Week in February, with Kim regularly flying over to visit him. 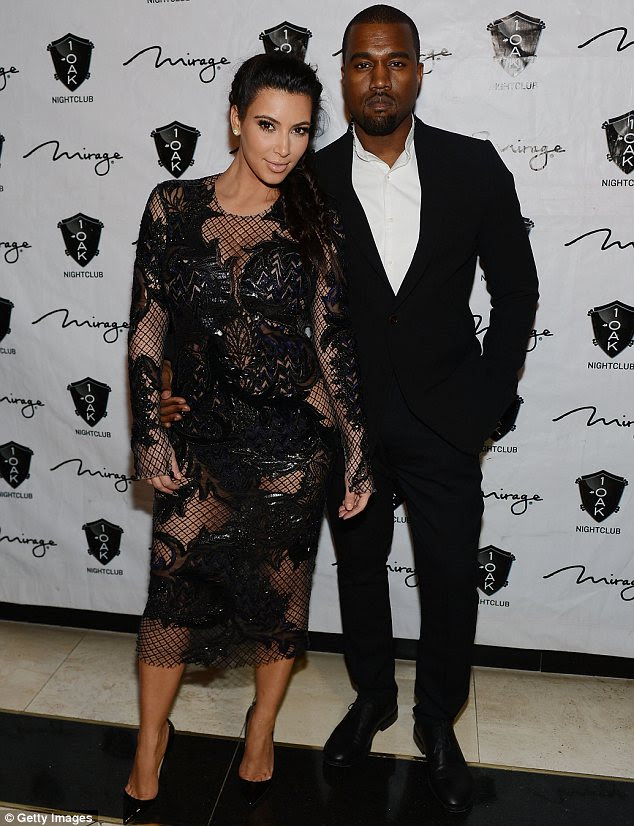 Together but apart: Kim has been based in Los Angeles throughout her pregnancy while her boyfriend Kanye West has mostly been in Paris since February
Read more: http://www.dailymail.co.uk/tvshowbiz/article-2311733/After-536-days-bitter-negotiations--Kim-Kardashian-Kris-Humphries-settle-divorce.html#ixzz2Qw1YFjKB Follow us: @MailOnline on Twitter | DailyMail on Facebook
Share this article :